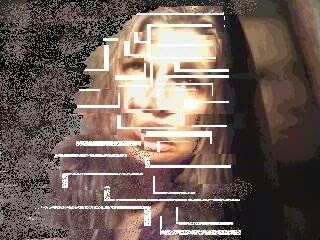 Breath; it is the essence of life, yet such an easy thing to take for granted. I have experienced emotional suffering so intense that it left me gasping for air.

The deepest breaths I ever took were in pushing new life into this world, and it is that child who knocks the wind right out of me sometimes, as only a teenage daughter can.

I’ve tried my best to be the mother who protected her daughter at all costs guiding her in a way that my mother was not able to do for me. It has proven to be a task that has been sabotaged every step of the way, despite my will. Not only did I survive my abusive childhood and first marriage, but I survived a revictimization by the father of this child that grinded my heart, soul, and spirit to near dust. Allowing other people’s cruelty, ignorance, and lack of boundaries to shape my opinion of my success as a mother is exactly how I had grown up feeling about myself. It was the result of the behavior that had been modeled to me.

It is no small feat, coming back to life, learning how to move beyond desecration to a place of balance and forgiveness. If you imagine a ruler, with rage being at one end and forgiveness at the other, there are a whole lot of millimeters in between to get from one end to the other. Each one consists of all the stages of grief, and varying degrees of the “one step forward, three (or 5, or 42) steps back” thing. It’s the healing process, and it is just as painful and life-altering as the abuse was.

I am not sharing this story out of shaming or vengeance. I have forgiven every one of the people who have hurt me. In the process I have tried to hold them accountable, but how or whether or not they take responsibility for it is out of my control. Sometimes that forgiveness is an ongoing process. The only thing I realize that I can control is how I respond, including being triggered, which is the ultimate lack of control. Having CPTSD may be part of my reality, but I can choose to find the best way of dealing with it that facilitates growth instead of keeping me stuck, and remaining at the mercy of it.

Everyone has their own story. Not everyone is able to talk about theirs. Many have repressed the memories of their trauma or are actively numbing them through addiction. My healing has come from releasing these negative emotions that were woven into my core as a result of my experiences, as if my life were nothing but a bad tattoo. I thought it was just an ugly stain that I had no choice but to live with. I never imagined that I could use what was there to transform it into something spectacularly beautiful, something that not only I would be proud to display, but that others would be inspired by instead of recoiling at.

I used to be so devastated by grief over my perceived failure as a mom that it led to a complete mental breakdown resulting in a week long stay at an in-patient crisis stabilization center. More than that, I had allowed years of brutish, insensitive, controlling behavior strip me of believing I could ever escape this cycle of abuse, and I couldn’t bear the thought of my own precious child growing up to find herself in the same situation. The pressure had reached its boiling point until one day it exploded. 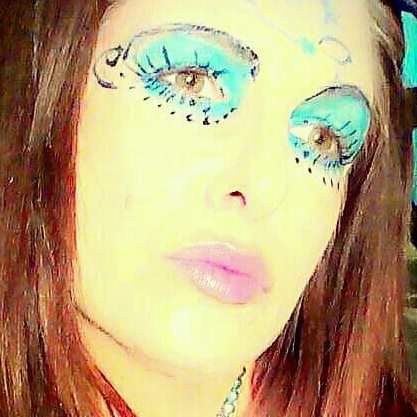 The week leading up to it, I felt my stress level reaching its peak. I could no longer order my thoughts without a sense of impending doom so heavy that every minute I was awake felt like I was fighting a fire-breathing dragon, moving at a snail’s pace to get away and then only narrowly escaping it’s flames. If I was not sleeping, I was shaking in terror and wailing in fear. I pleaded for help. I let everyone know that I was not okay. I was supposed to work the day it all came to a head, but I had worked the day before and knew that I was incapable of maintaining composure so I found someone to replace me and apologized to my client for having a family emergency.

My heart broke that I was incapable of keeping my child from witnessing me literally losing my mind, which served to intensify my suffering to the point that I said I was afraid I might hurt myself if I was not taken to the ER immediately. My plea went ignored and I don’t know how I survived the night without jumping out of my window. I don’t remember where my daughter was. Her Dad and I were separated and involved with other people, but still sharing the house, and I know that he did not want his plans ruined by my mental health crisis and likely took our child to stay the night at his girlfriend’s where she had a playmate.

I woke up the next morning, crazed and lashing out at the people who loved me and were trying to help. I felt as if they had abandoned me in my darkest hour, and at this point their assistance seemed too little, too late. In my recollection of what followed it’s as if some wiser, stronger part of myself or some angelic force took control. I packed a bag with clothes, pajamas, and essentials, including a blank journal, and walked, about 3 miles, to the hospital. I had not eaten or had any water in days. I was crying, my face contorted with grief. I felt extremely weak and vulnerable. A large portion of my journey stretched through a part of town I should never have walked through, even in a healthy state, but even though there was a man attempting to get me in his car, I kept my eyes down and marched on with a supernatural strength and determination. That bag on my back was not light. I don’t remember how I crossed busy roads or avoided drawing any further attention to myself in this bedraggled state except to say that somewhere, deep inside, I knew it was all happening for a reason. I felt dead, but I somehow managed to get myself where I needed to be without the help of anyone else. I collapsed in a heap the moment I stepped through the hospital doors.

I found myself in the clean, empty space I so desperately longed for, that I needed in order to heal. A room with 4 white walls and two beds. I was lucky to have the room to myself for 2 of the 6 days I was there. I wrote in my journal feverishly, every available moment I had, but for taking the time to read an empowering memoir. It was during that time that I knew my own memoir was presenting itself to me. It took a breakdown for me to have a writing breakthrough. 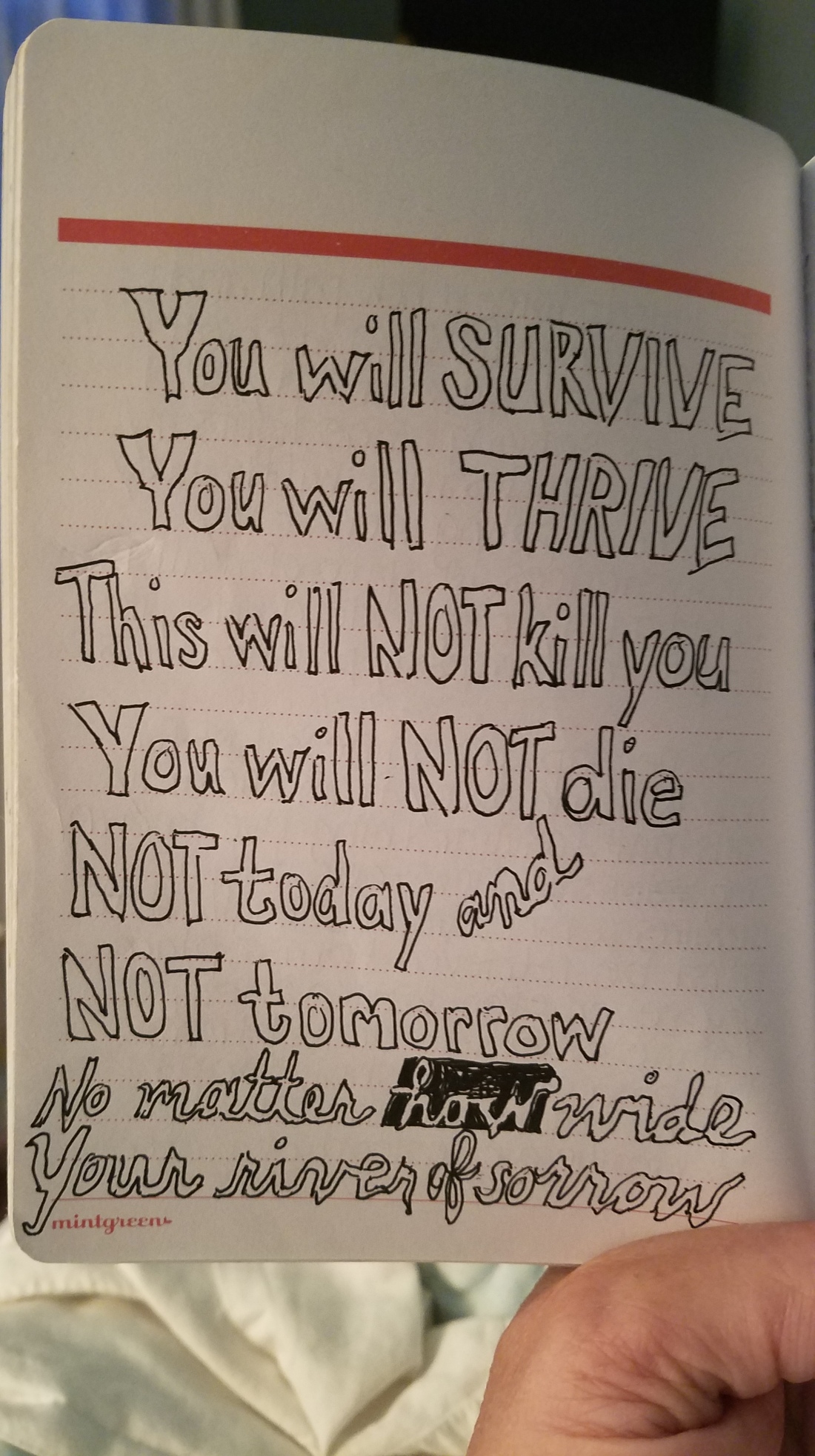 I always have at least 3 or 4 blank journals at any given time, but I believe the one I had chosen was pre-destined by a random sense of urgency that took place one evening while out taking a friend to run errands with my boyfriend. I was suddenly overcome by a need to run into TJMaxx to get something I said that I needed. Knowing that there is no such thing as a quick trip to my favorite store, there was hesitation as to the validity of this supposed necessity. After all, when asked what it was that I was in such desperate need of (with ten minutes until closing time), my response was “I don’t know yet”.

I ran in, went straight to the journals, and picked up one that said, Wherever YOU go, Go with ALL your HEART, written on the cover. That was the thing I needed. I didn’t know why, at the time, I just trusted my gut. 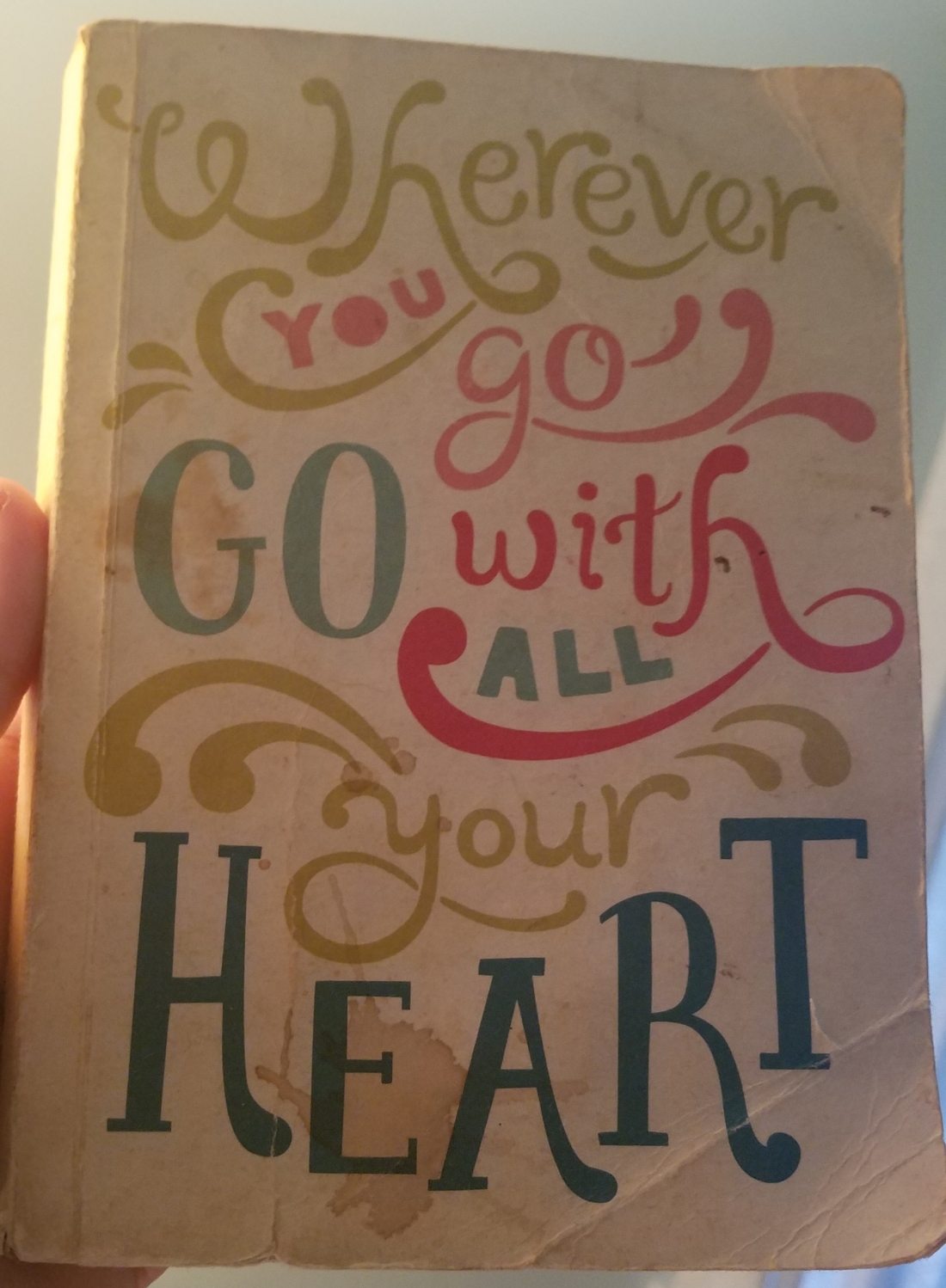 Whenever I know, without questioning something, because it is a feeling that resonates deeply within me, I know that is my gift of intuition. I have had it as far back as I can remember. It began with the awareness at a very young age, of seeing the pain I was experiencing in childhood multiply and hold me back until mid-life, at which time I would learn to utilize my many talents.

I am, as I’ve said before, a late bloomer. To go along with that analogy I speak metaphorically. In order for a plant to bloom and thrive, there are conditions that have to be met. The soil must be rich in nutrients, and it needs sunshine and rain. Ground that is not made up of fertile soil will not yield any growth. People are very similar. Repeating the same pattern of dysfunction that continues to oppress them, because that is the behavior that was modeled to them since early childhood, strangles the ability for them to grow.

It has taken me half a century to understand that I am worthy of success, joy, peace, and love. It has taken me all that time to truly grasp what love is supposed to feel like. I am with someone who found an old seed and saw the potential in nurturing it. I would never have been reunited with him if I hadn’t first been able to see that in myself.

I have fought very hard to be where I am, against great odds. I have had my mental health struggles exploited and thrown in my face as a means of holding me down. I have never been able to understand why people do such hurtful things, but innately I know that those people are damaged or hurting themselves. I am looking back at all of my experiences and I finally see what an incredibly strong, BADASS woman I am because of them! I never lost hope in love. I never gave up wanting to overcome my fear that bad people and negative circumstances would always find me easy prey. It is with that same fierce determination that I will continue moving forward, knowing that the road will rise to meet my every step. I will continue to draw amazing, uplifting, and healing people, especially men of integrity, into my life.

I can breathe more deeply than I feel like I ever have before. Asthma, smathsma. And I have the app evidence to prove it. ( My oxygen is at 100%! Never seen that!) 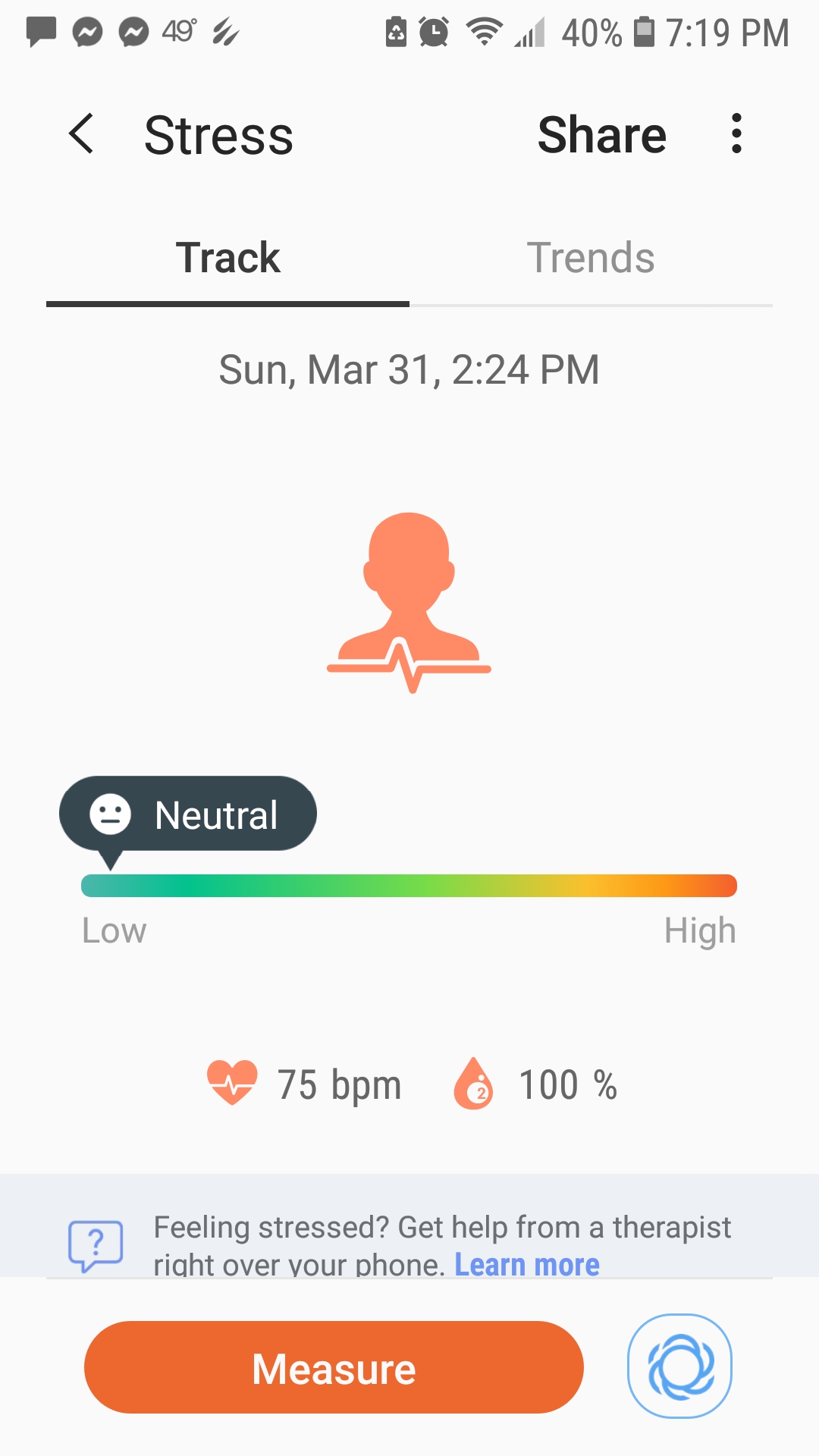 Sometimes we need to be reminded of the things we take for granted.